Pooka is a common enemy that first appeared in Dig Dug, and has appeared in every game in the series since.

Pooka resembles a small red sphere with yellow goggles. It has two yellow legs, a tail that is either yellow or white, and black eyes.

Pookas will jump around towards you, and if they hit you, you die. Like other enemies, they can climb through dirt, and can be inflated until they pop. 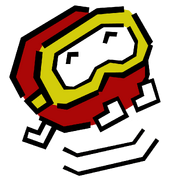 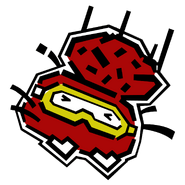 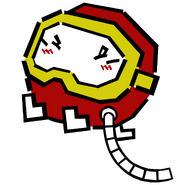 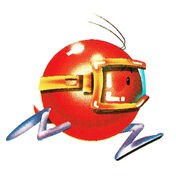 Dig Dug (Atari 5200)
Add a photo to this gallery
ScreenshotsEdit

Cameo in Wreck-It-Ralph
Add a photo to this gallery
Retrieved from "https://digdug.fandom.com/wiki/Pooka?oldid=4019"
Community content is available under CC-BY-SA unless otherwise noted.